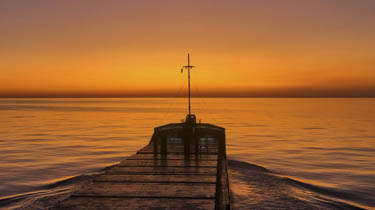 MARITIME SCRUBBING FOR DUMMIES
a. What is marine scrubbing?

SCRUBBING AND THE ENVIRONMENT EXPLAINED IN MORE DETAIL
a. How does a scrubber reduce sulfur oxide (SOx) emissions?
b. Is the sulfur included in the wash-water from the scrubbing process harmful to the sea?
c. Do scrubbers have an acidification effect on seawater?
d. How is it ensured that the water discharged into the sea does not harm the environment?
e. Do scrubbers reduce other type of emissions as well?
f. Relationship between ultrafine particles and health impacts

What is marine scrubbing?

When we talk about scrubbing in the maritime sector, we mean that we place a scrubber on board a vessel which works like a sort of big washing machine for the exhaust that comes out of the ships engine. Inside the washing machine (Scrubber) we pump huge amounts of fresh salt seawater which is used to wash out both Sulphur and other Particulate matter.

During the washing session a chemical process takes place whereby the Sulphur is turned into Sulphate which is an element that occurs naturally in seawater in big amounts. The wash-water is discharged into the seawater under strict regulations. At the same time the exhaust gas that comes out of the scrubber is “White Smoke” 99% clean of Sulphur and 90% clean of Particulate matter.

Large vessels like containerships and Cruise ships burn big amounts of fuel and with that exhaust large amounts of Sulphur and (Ultra) Particulate matter in the air which is harmful to the environment. From January 2020 new international regulations come into effect.  Worldwide vessels have two options. Either they have to use a different fuel called Marine Gas Oil (MGO) which has a lower Sulphur count (0,5%) but is far more expensive. Or install an expensive scrubber system which filters Sulphur and particulate matter but allows to continue with cheaper Fuel oil (HFSO).

Of course, there are pro’s and con’s for both directions but from an environmental point of few the latest research shows that combing HSFO with a hybrid Scrubber system leads to the Lowest Sulphur and particulate matter counts, and as refining MGO even leads to 10% more Co2 emissions. To read more technical details please read our extensive information on scrubbing, environmental effect of scrubbing, IMO2020 legislation, Financing a scrubber or our FSQ or our links to reseach and reports by third parties. (Will be linked to the different pages)

Scrubbing and the Environment explained in more detail

How does a scrubber reduce sulfur oxide (SOx) emissions?

A scrubber sprays alkaline water into the vessel’s exhaust, which removes SOx from the ship’s exhaust gases. In a seawater system the sea’s natural alkalinity largely neutralizes the results of SO2 removal before discharge back to the sea. The sulfates resulting from the SO2 removal will be discharged with the wash-water to the sea.

Is the sulfur included in the wash-water from the scrubbing process harmful to the sea?

Sulfur in the form of sulfate (Na2SO4) is the end product of the scrubbing process and is a naturally occurring constituent of seawater and therefore not harmful to the sea. The oceans are the Earth’s natural reservoir of sulfur and play a key role in the sulfur cycle. Sulfur is one of the most common elements and is both biologically necessary and critical to many metabolic processes.

To provide perspective, consider the following: If all the sulfur in the oceans were accumulated at the bottom of the ocean the layer would be 1.5 meter thick; adding all the sulfur from all the oil and gas reserves in the world would add only the thickness of a sheet of paper. Compared with the quantity of sulfate existing in the oceans, the small amounts of sulfate contributed by exhaust gas scrubbing are insignificant and benign.

Removing sulfur from the exhaust via the scrubbing process has the important added environmental benefit of reducing the negative impact of emissions to air, as air emissions in the form of SO2 can add to the formation of particulate matter.

Do scrubbers have an acidification effect on seawater?

During the desulfurization process within the scrubber, SO2 gas is absorbed by the seawater spray. Through a series of reactions within the wash-water, the SO2 is converted to an end product of sulfate (SO4), water (H2O) and carbon dioxide (CO2).

During the scrubbing process any decrease in the pH of the wash-water is largely neutralized by the natural alkalinity found in seawater. This ensures that the pH of the discharged water is in compliance with guidelines established by the International Maritime Organization (IMO). The resulting discharge contains only a slight increase in the natural concentration of sulfate in water.

Extensive test by independent maritime classification societies have shown that pH levels of scrubber discharge water revert to ambient seawater pH levels within two to four meters of the discharge point. – exceeding the IMO requirement. Research from a Danish Environmental Agency study, showed that there is negligible acidification effect from scrubbers, even in semi-enclosed ocean areas with high traffic levels of scrubber-fitted ships.

How is it ensured that the water discharged into the sea does not harm the environment?

The following discharge water parameters are continuously monitored through water analysis instruments, and the results are securely logged against time and the ship’s position:

All are per IMO Resolution MEPC 259(68) 2015 Guidelines for Exhaust Gas Cleaning Systems. The data must be retained on board for a period of not less than 18 months from the date of recording and is subject to auditing and verification by port states and by classification societies, on behalf of flag states.

Do scrubbers reduce other type of emissions as well?

Independent studies and research demonstrate that scrubbers are capable of removing 60 percent of particulate matter (PM), including a portion of small PMs (10 and 2.5 micron, and ultrafine) which results in releasing fewer PMs in the atmosphere compared to using Marine Gasoil. With the Value Maritime scrubber technique we go even further and are able to take out >90% of Ultra fine Particles (pm 2.5), 99% pm10.

Ultrafine particles consist of airborne particles which are smaller than 100 nm. As a comparison: a human hair is 1,000 times as thick. This tiny fraction of the total fine particles is exceptionally harmful to health. Because the particles are so Ultrafine particles from Schiphol airport: An analysis of health impacts for area residents small, they can penetrate deep into the lung’s alveoli and from there enter the circulatory system. The tiny particles can enter the entire body via the blood vessels, causing infections and nerve irritations. This could lead to heart and respiratory disease.

A great deal of research has been carried out on the exact mechanism of action of ultrafine particles. Based on this existing research, 11 international experts assessed the relationship between exposure to ultrafine particles and a shortening of life expectancy (Hoek et al., 2010). From this assessment, it emerged that an increase of 10,000 particles per cm3 on average leads to a 3% rise in mortality. This relationship was used by Milieudefensie to estimate the average loss of life expectancy for residents in the vicinity of Schiphol.